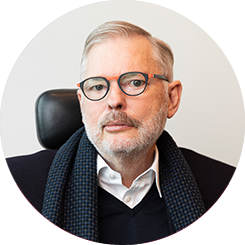 Bill is an Australian businessman and philanthropist with expertise in real estate, banking, funds and asset management.

Bill spent 23 years as a senior executive and Executive Director with Macquarie Group, the pre-eminent Australian investment bank, where he managed The Global Banking and Real Estate businesses. Bill founded, grew and led Macquarie Real Estate Group to a point where it managed over $30 billion worth of investments around the world.

Bill Moss was responsible for creating and building businesses in the areas of real estate investment, property funds management, finance and banking, tourism and leisure, and mortgage banking. At the time of his resignation in December 2006, the business had grown to over 1,400 staff, located in USA, Europe, UK, Japan, China, Hong Kong, Singapore, New Zealand and Australia, which led to one of Macquarie Group’s most profitable businesses. Bill has been a director of eight listed property trusts and one listed infrastructure trust.Bill was the Co-Chair of the Territory 2030 Steering Committee and part of Australia’s 2020 summit.

Bill is a commentator on the Australian finance and banking sectors, the global economy, and the ongoing need for Australia to do more to advance the interests of the country’s disabled and disadvantaged.
Having donated his time over 30 year period to being a Founder, Director and Patron of some fourteen charities and community groups, in 2015, Bill was awarded one of Australia’s highest honours, Office of the Order of Australia (AO), for services to the banking, charity, and finance sectors.

Bill is currently Chairman of Moss Capital, Chairman of Boston Group of Companies and non-executive director of Elanor Investments Pty Ltd. Bill is Chairman and Founder of The FSHD Global Research Foundation.