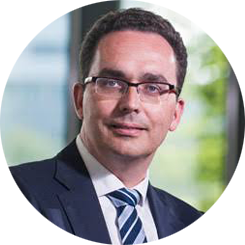 About: Silvère van der Maarel was trained as a Human Geneticist at the Radboud University Nijmegen Medical Center in the Netherlands where he was involved in the positional cloning of X-linked disease genes. He continued this work at the Max Planck Institute of Molecular Biology in Berlin, Germany, for one year. The identification of genetic rearrangements at long distances from disease genes during his training sparked his interest in long-range gene regulation.  In 1997, he joined the Department of Human Genetics in Leiden (LUMC, the Netherlands) to continue the ongoing studies of the pathogenetic mechanisms underlying facioscapulohumeral dystrophy (FSHD). In 2006, he was appointed as a Professor of Medical Epigenetics and since 2012 he has served as the chair of the Department of Human Genetics at the LUMC.

Prof. van der Maarel’s scientific interests focus on the genetic and epigenetic regulation of repetitive DNA in the human genome in relation to disease. His main research interest is FSHD, an adult muscle disease caused by genetic and epigenetic changes in a repetitive DNA structure on the tip of the long arm of chromosome 4. He also studies the Immunodeficiency, Centromere instability, and Facial anomalies (ICF) syndrome, a heterogenetic primary immunodeficiency caused by at least four different gene defects which result in epigenetic changes in repetitive structures in the genome. He has also made research contributions to other muscular dystrophies including OPMD and LGMD.