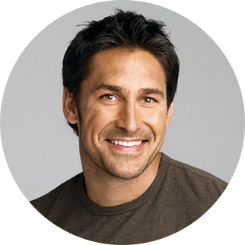 International award winning designer & author Jamie Durie OAM started his design practice 16 years ago in 1998. Since then he & his team at Durie Design have received over 33 international design awards with his latest design accolade received in May 2014 when he was awarded the New York Design Award for his Interior dining chair titled, The Tubular Chair. The Bungalow Armchair in hand woven leather was also a finalist. Jamie splits his time between design studios in Sydney and Los Angeles, and has worked on many Hotels, Resorts and commercial projects over the last 15 years spanning 17 countries.

Although the practice started in the field of landscape architecture, Durie Design has evolved today into a multidisciplinary design practice in areas of architecture, interior architecture, landscape, & his greatest passion, furniture design. Durie’s first furniture collection was designed & created over a decade ago in 2003 & has since retailed in over 200 department stores throughout Australia. It continues to sell today in over 12 countries with his latest collection for renowned Milan-based Italian furniture manufacturer RIVA1920 launching in 2013. Since then the collection has doubled with the Elle Ecrit Desk being commissioned by all RIVA1920 USA retail outlets.

Jamie is a committed environmentalist working with numerous organisations dedicated to conservation. In honour of his work over the last two decades, Jamie was awarded the Medal of the Order of Australia in 2013 for services to the environment & design, while in 2004, he received the Centenary Medal for services to the environment, television, & the community.Jamie has supported the Foundation from its establishment in 2007 and has played a significant role hosting the Sydney Chocolate Ball every year.